Local historic architecture forms an important part of a country’s heritage and should be preserved for future generations. Unfortunately many sites are being lost as a result of natural and human-induced threats. ACT and UKZN have been using 3D laser scanning technology to create permanent digital records of South Africa’s threatened local architecture. The scan data was used to isolate building weaknesses, take accurate measurements to determine severity of damage, and create detailed cross sections to assess structural integrity. This information can be used to assist land owners and heritage management authorities in the preservation of heritage sites. 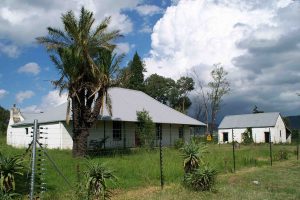 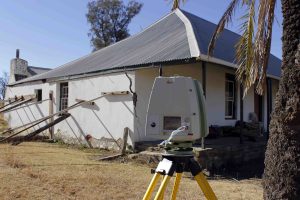 Built in 1853, the Zaaylager homestead is one of the oldest Voortrekker (early Dutch settler) houses in South Africa’s KwaZulu-Natal Province. This is a rare example in which the outbuildings are still in existence (though they are in a poor state). On most historic Voortrekker farms, only the main house remains standing and the outbuildings such as the milk room, store room, carriage house and kitchen have long been destroyed, mostly due to neglect. The Zaaylager farm is also the location of the first battle where the Voortrekkers successfully defended their position against the Zulus and is associated with important Voortrekker leaders such as Gert Maritz.

Although the building has been declared a National Heritage Site, it has suffered from many years of neglect. The farm is also bordered by a quarry mine and the subsequent vibrations resulting from the blasting have caused damage to the structures. Despite the significance of the homestead, the mining has been allowed to continue. In the images above we can see the main homestead and the carriage house as it was in 2010, the next image was taken in 2014 and the deterioration is evident. Some of the outbuilding walls have collapsed and one side of the main house is being held up with support beams to prevent/delay catastrophic loss of the architecture. Using the scan data it was possible to measure how much the wall is pulling away from the building, and accurately measure the cracks. 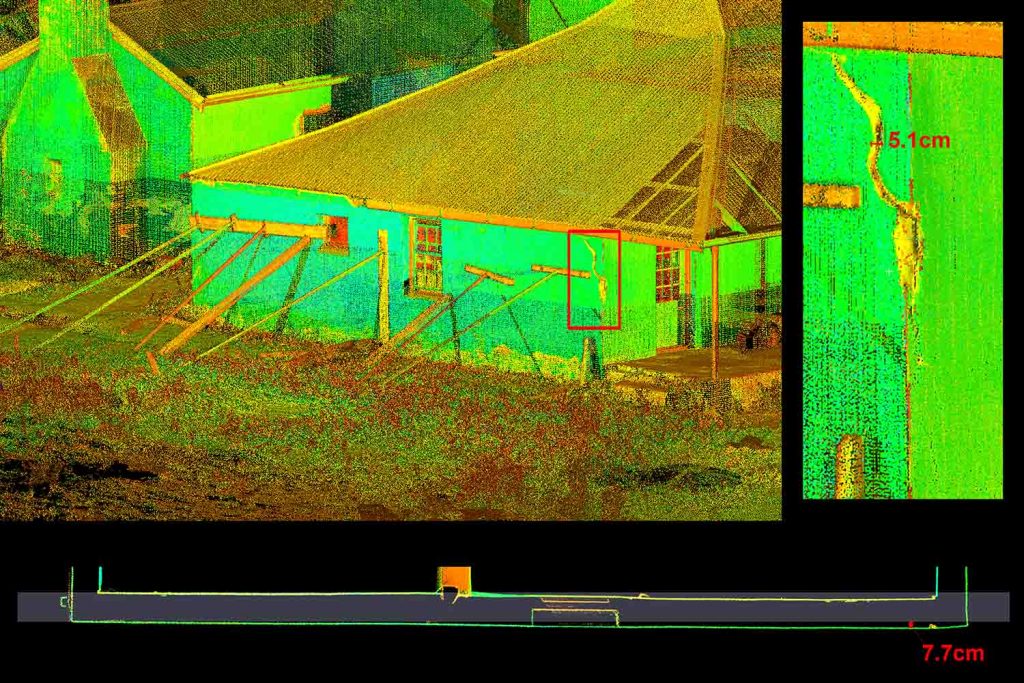 The old Gillitts train station was scanned as part of research projects for two land survey students from the University of KwaZulu-Natal. The Gillitts Train Station on the line in the middle of Gillitts is derelict and currently not used, but is a beautiful example of 1900-era architecture. Dating back to the Boer War in the first decade of the 20th century, the train station was a stop for British soldiers transiting from Durban through to the Midland battlefields as well as returning wounded soldiers. 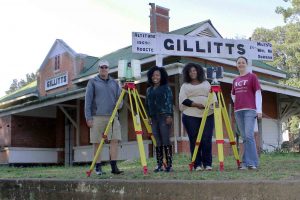 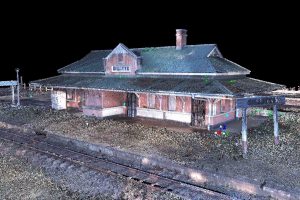 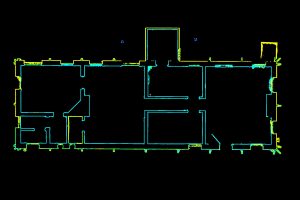 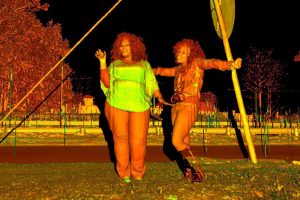